Ask guitarists to describe what they think an amp called the “Jack of All Tone” (which is what JOAT stands for) would be like, and most would probably imagine some kind of digital modeling product or a more traditional tube amp with four to six individual channels, a modular design and a control panel that makes an SSL 4000G+ 80-channel console look austere in comparison. The Todd Sharp JOAT combo, however, is none of the above. In fact, with only six control knobs and two toggle switches (in addition to the requisite power and standby switches) on its front panel and no additional controls on its rear panel, the JOAT combo seems outrageously stripped down, although there’s much more to this amp than meets the eye. 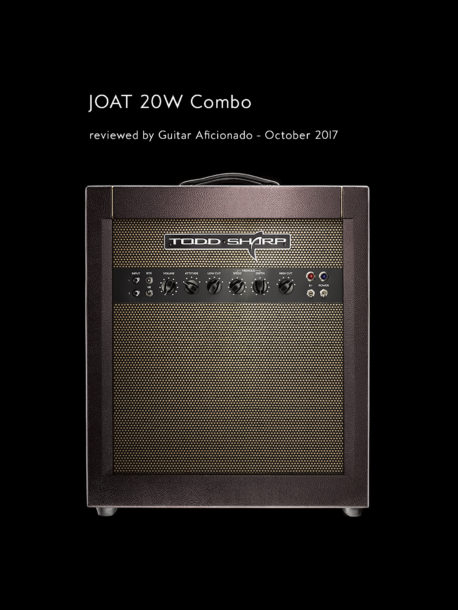